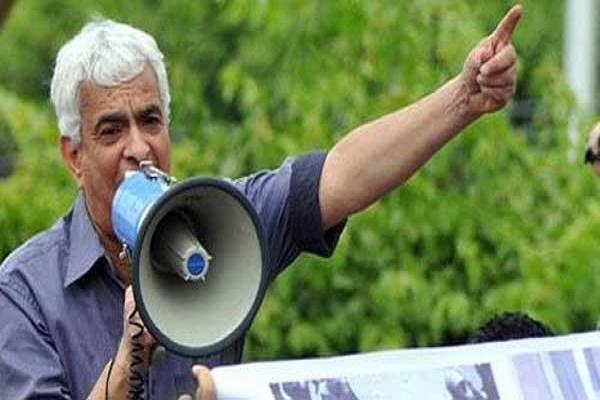 Veteran socialist activist Kamal Khalil was arrested this morning from his home, according to a Facebook post from his wife, who shared a picture of their home after security forces had searched it.

Kamal is one of many Egyptian activists detained in recent weeks as part of an on-going  crackdown which aims to silence critical voices at a time when the Egyptian government is facing renewed dissent over the sale of the Tiran and Sanafir Islands to Saudi Arabia.

Meanwhile Alexandrian lawyer Mohamed Ramadan, recently sentenced to ten years in jail in absentia has been arrested in relation to a new case, his lawyer Mahienour el Massry said on Twitter.

The authorities have also intensified media censorship of news and media organisations as well as activist groups. The Association for Freedom of Thought and Expression, an Egyptian NGO, said on Wednesday 21 June that it had monitored 103 blocked sites, up from 21 on 24 May.