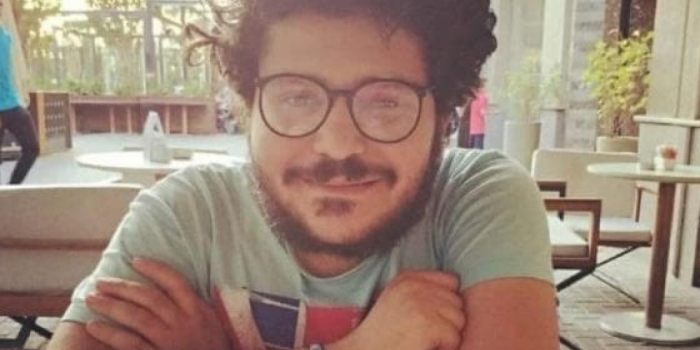 Four years on from the disappearance, torture and murder of Cambridge University PhD student Giulio Regeni while doing fieldwork in Egypt, human rights organisations, students and academics have raised the alarm as another graduate student and human rights researcher is snatched by Egyptian security forces.

Thousands of people have already signed a petition in support of Patrick George Zaki, a researcher on Gender and Rights at the Egyptian Initiative for Personal Rights (EIPR), and a graduate student at the University of Bologna, who was seized by security officials at Cairo airport on Friday 7 Feb. EIPR said that Patrick ‘disappeared’ for 24 hours, but reappeared in front of public prosecutors in his home town of Mansoura on 8 February, having been beaten, subjected to electric shocks and interrogated about his work and activism.

Patrick has been studying for a graduate degree at the University of Bologna since August 2019 and was returning to Egypt for a brief visit to his family.

According to his lawyers, prosecutors have presented a range of charges including “publishing rumours and false news that aim to disturb social peace and sow chaos; incitement to protest without permission from the relevant authorities with the aim of undermining state authority; calling for the overthrow of the state; managing a social media account that aims to undermine the social order and public safety; incitement to commit violence and terrorist crimes.” He was remanded in custody for 15 days.

Patrick is the sixth member of EIPR staff to be detained since October 2019, and his arrest is part of a on-going campaign by the security services which has seen thousands of people detained, tortured and arrested in recent months.

This backdrop of severe repression, which has often specifically targeted journalists, human rights campaigners and researchers, is a factor behind the continued vitality of the campaign for justice for Giulio Regeni, following his murder four years ago.

Campaigners from Amnesty and UCU gather with Giulio’s friends to continue the campaign for justice at the Egyptian embassy in London, 1 February 2020

Amnesty Italy, in conjunction with Giulio’s parents, organised vigils across the country to mark the fourth anniversary of his disappearance on 25 January. Around 100 people also gathered in Cambridge, in a protest organised by Amnesty and supported by Cambridge UCU.

Campaigners, academics and friends of Giulio also gathered at the Egyptian Embassy in London on 1 Feb to mark the anniversary, where they handed in letters calling for an independent investigation in Giulio’s murder and a statement signed by hundreds of academics condemning collusion between UK universities and the Sisi regime as they rush to set up ‘branch campuses’ or market their degrees through Egyptian private higher education providers.