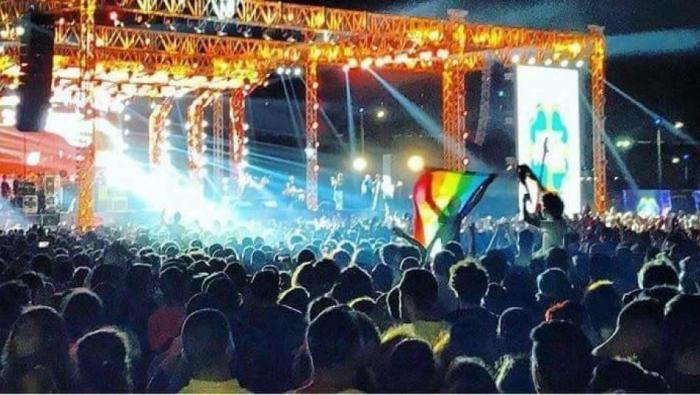 A vicious homophobic campaign is underway in Egypt following the arrest of seven people alleged to have raised the rainbow flag during a concert in Cairo on 22 September. According to the Egyptian Initiative for Personal Rights (EIPR) the crackdown has led to over 50 arrests of people across the country based on their sexuality or perceived sexuality. An orchestrated campaign in the media condemning LGBT people as ‘criminals’ and ‘deviants’ has accompanied the security forces’ raids.

In a statement on 4 October, EIPR said that it had documented at least 57 arrests, with most of the detainees facing charges of “habitual debauchery,” or “promoting debauchery,” in accordance with articles 9 and 10 of Egypt’s 1961 anti-prostitution and debauchery law. As is common in Egypt, detainees are reported to have been abused while in custody, denied access to lawyers and refused time to prepare an adequate defence. Some have already been handed down jail sentences of between 1 and 6 years.

“We are sure that the scale of the crackdown is much larger than we know. Every single time lawyers have been to the prosecution, or to court, they have discovered more arrests than they expected. They also noticed that all of those arrested, either through online entrapment, or from LGBTQI friendly spaces, were being interrogated in separate cases,” said EIPR executive director Gasser Abdel-Razek.

The latest crackdown is part of a wider pattern. EIPR previously documented the arrest of 232 people who are LGBT or presumed to be, between September 2013 and March 2017. The media has often played a key role in incitement and promoting homophobia. In one notorious case in December 2014, TV journalist Mona al-Iraqi led a security raid on a bathhouse in Cairo, filming men who were arrested and publishing their identities. The police are known to use dating apps such as Grindr and Growlr and social media sites to entrap people.

Activists who have spoken up against the recent crackdown, such as Sarah Hegazy, have also been detained. Sarah’s lawyer told reporters that the police had incited other inmates to beat and harass her client in detention. She has been remanded in custody for fifteen days and is facing questioning from prosecutors who usually deal with terrorism cases.