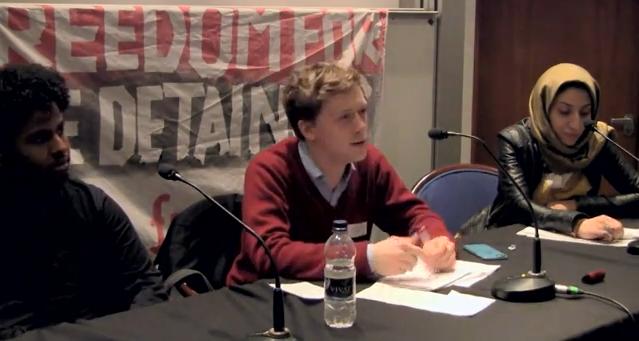 Abdi Suleiman, Owen Jones and Ala’a Shehabi at the final session of the conference

Around 140 people took part in lively discussions at our conference on 13/14 February exploring resistance and solidarity in the Middle East four years after the Arab Revolutions of 2011. Speakers from Morocco, Bahrain, Egypt and Syria discussed topics as diverse as sectarianism and counter-revolution, workers’ struggles and the battle for social justice, prospects for Palestinian liberation. Audio and video from most of the sessions is available here to listen online, and we hope to publish accounts of the other sessions shortly.